Home
About
Job Seekers
Register Your C.V
Contact
GDPR
Useful facts and stats about living and working in Ireland
All tips 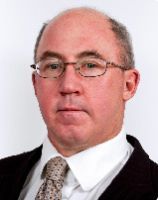 The current population of the Republic of Ireland is 4.9 million

The accommodation and food services sector had the lowest average weekly earnings in 2018, at €354.96.

Since 1 February 2020, the national minimum wage in Ireland is €10.10 per hour. This applies to people working full-time or part-time, and also covers temporary and casual employment. This rate is applicable to employees over 20 years of age. Reduced rates are in place for those aged between 18 and 20.

The unemployment rate in Ireland in Dec 2019 (seasonally adjusted) was 4.8%.

In June 2020, consumer prices in Ireland were down 0.4% from the previous year. The cost of housing, water, electricity, gas and other fuels, transport, clothing and footwear were all lower.

Most employees in Ireland pay tax through the PAYE (Pay As You Earn) system. This means that your employer deducts the tax you owe directly from your wages, and pays this tax directly to the Revenue Commissioners. You will have to pay income tax, PRSI and the Universal Social Charge on your income.

Tax credits reduce the amount of income tax that you have to pay. Your gross tax is calculated depending on your income. Tax credits are then deducted from the gross tax to give the amount of tax that you have to pay. Income tax bands will determine the rate of tax you pay on your income or salary. There are two rates of tax in Ireland: 20% on the first €35,300 earned, 40% on the remainder of your salary.

As well as Income Tax, most workers in Ireland also have PRSI and USC deducted from their pay.

The USC (Universal Social Charge) is a tax on income that replaced an earlier health levy. If your income is less than €13,000, you do not pay any USC. For people with higher incomes, the following rates apply based on your salary:


In general Ireland’s PAYE tax rates are low as compared to other European countries, however there are other taxes and charges that would probably bring Ireland up to the European average for total taxation, such as VAT @ 23% for many commonly purchased items, property tax etc.

More information on all forms of tax, including income tax, is available on the Revenue’s website at www.revenue.ie

The Department of Business, Enterprise and Innovation implements the government’s policy on enterprise, innovation, regulation or business and the protection of workers. It administers the employment permit system in Ireland. Their website is: https://dbei.gov.ie/en/

An employee in Ireland is entitled to 4 working weeks paid holidays per annum. An employment contact with a specific company may allow for more leave than this.

In Ireland, public holidays are on:

Redundancy can arise due to the closure of a business or a reduction in the number of staff, where your job ceases to exist. To qualify for a redundancy payment, you must have worked for your employer for at least 104 weeks continuously. The amount of the redundancy payment is determined by the employee's length of continuous service and weekly earning. An agreement can be made between the company and employee but the minimum statutory redundancy rate of two week’s pay for every year of service (above 16), plus one further week’s pay, up to a maximum weekly amount of €600. You can calculate your redundancy here: